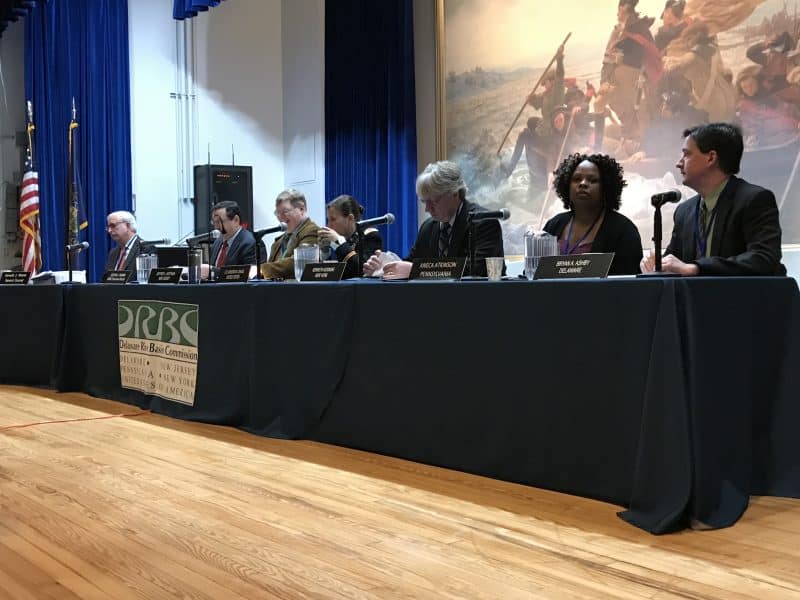 Sometimes, there's an element of a see-saw (slow-moving, of course) at meetings of the Delaware River Basin Commission.

There's the long-standing "muling" that the commissioners have been doing about whether to ban fracking in the basin. A decision on that is expected... sometime...? It's been eight years since a de facto moratorium (not to be confused with an actual ban) has been in force, and now there's a full set of Democratic governors in the four basin states.

Here's the see-saw: The DRBC seems eager to list the perils of fracking in its proposed rule-making, as seen here:

Yet, as part of the proposed rule-making it's also setting forth rules about how much fracking wastewater can be allowed into the basin and how much basin water can be exported for fracking.

If fracking is bad, one might assume that its related activities are too? 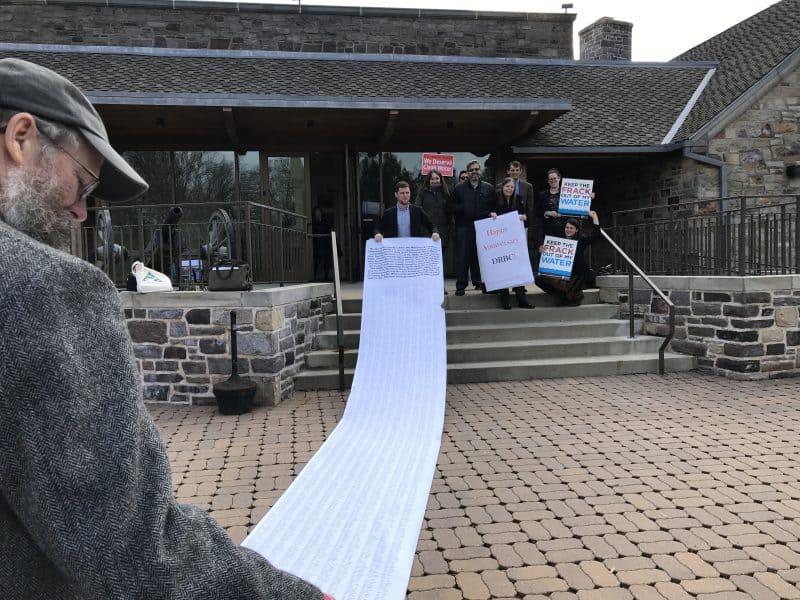 Looking over Wes Gillingham's shoulder (he's the assoicate director of Catskill Mountainkeeper) at the long list (104,805) of signers of the petition to ban fracking. Holding the other end is Rob Friedman, from the Natural Resources Defense Council. PHOTO BY MEG MCGUIRE

Seeing a way to highlight their concern about all the fracking issues, 15 environmental groups celebrated the eighth anniversary of this de facto fracking moratorium by submitting a petition with 104,805 signatures to the DRBC at its meeting on Dec. 12, 2018. In part the petition read: 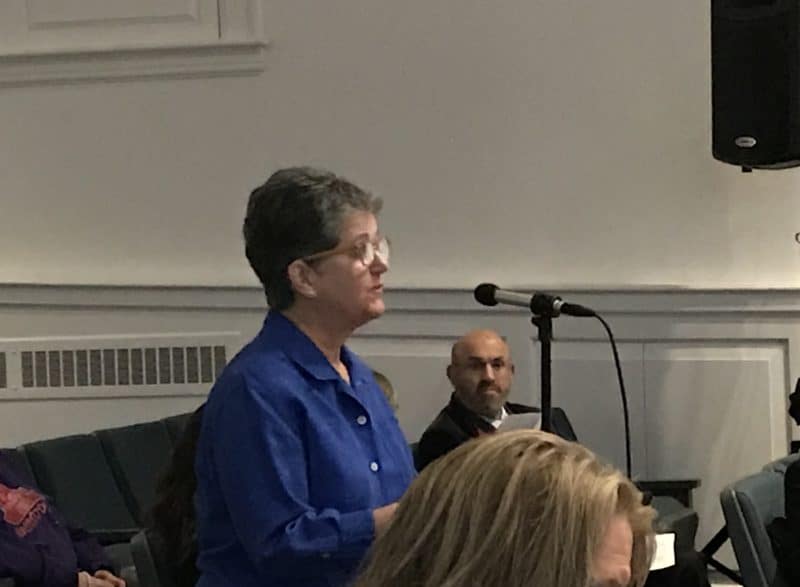 Beth Ann Pollack, from Levittown, Pa.: "The most wonderful Christmas present of all would be for all of the basin to be kept free of all fracking related activities." PHOTO BY MEG MCGUIRE

And in more political moves and counter moves on the fracking issue, the results are in from the audit demanded by the Pennsylvania General Assembly of the DRBC and the SRBC (Susquehanna River Basin Commission). Pennsylvania lawmakers have largely been in support of the fracking industry, and this request can be seen as inspired by the likelihood of a fracking ban in the Delaware watershed.

Are you hearing the squeak of the see-saw yet? Or maybe a better metaphor would be a tennis match? Advantage: Pennsylvania General Assembly (by getting the auditor to hold the two commissions' feet to an imagined financial fire.)

De Paquale gave the SRBC a spanking over some liquor expenses, but largely gave the DRBC what might be called a passing grade except for the areas listed. Here's a link to both of the auditor's reports.

But the see-saw fell off its beam at this: The auditor general reprimanded the states (all of them except Delaware) for NOT fulfilling their financial commitments to the DRBC. I wrote about this here

So, I suppose it's back at you, Pennsylvania General Assembly. Turns out, the auditor general finds you owe the DRBC some money. Would that be, in tennis terms, Advantage DRBC?

To be fair there are still voices that find the auditor general's audit to be unsatisfactory, calling it a whitewash. Here's a link

Speaking of all things white: What are the chances of a White Christmas?

Amy Shallcross, the DRBC's manager of Water Resource Operations, suggested we discover for ourselves by checking out the historic probability at this National Oceanic and Atmospheric Administration site.

For my part of the watershed, it looks to be about a 40 percent chance. What's yours? 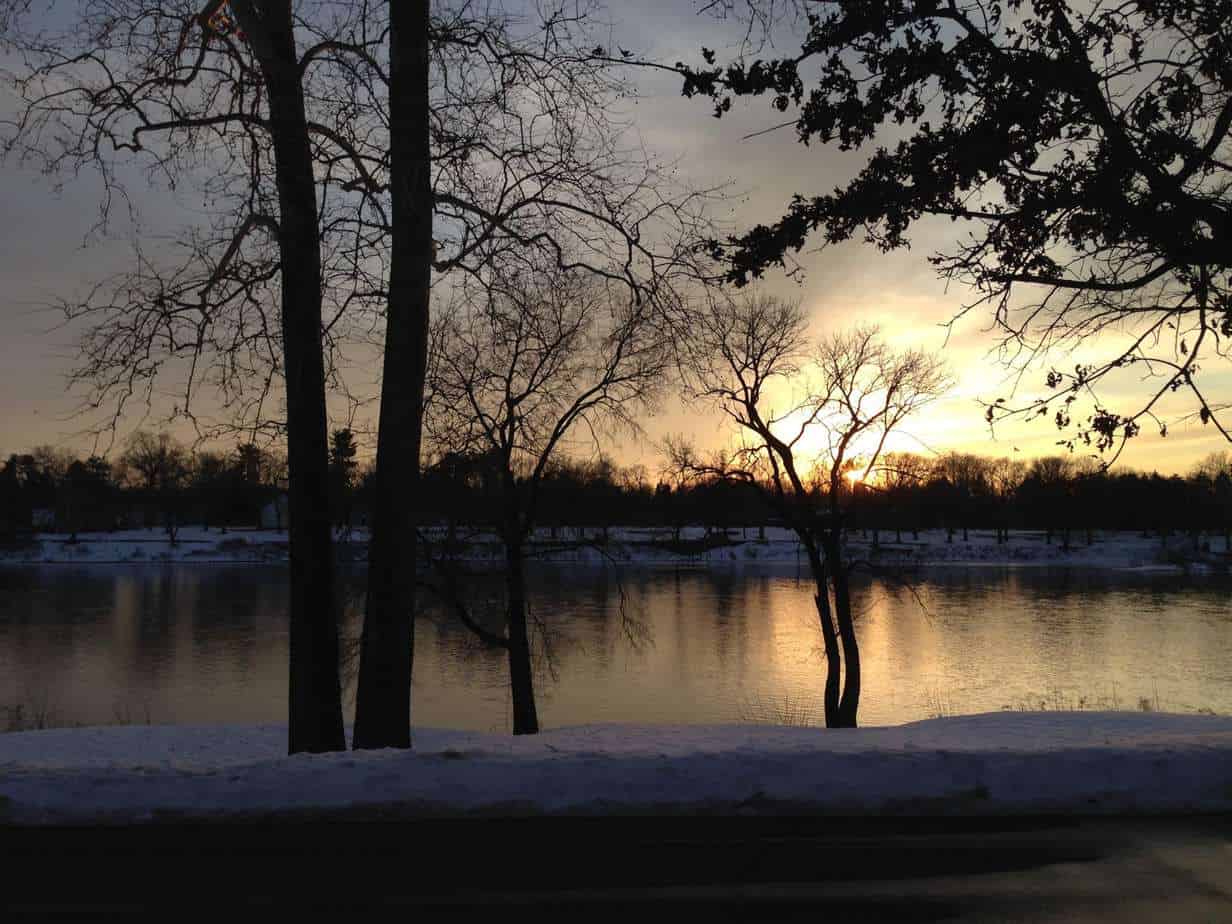 And lastly, since we have so much time on our hands at this quiet time of year (?) remember to vote for the Delaware River as Pennsylvania's River of the Year. Voting is through Friday, Jan. 4. Vote at http://pariveroftheyear.org/2019-river-of-the-year-2/vote-for-a-2019-river-of-the-year/.

Residents of New York, New Jersey and Delaware take note: You don't have to be  a Pennsylvania resident to vote!!

With that, to all a good night!! Ever wonder about how much water is in the Delaware River Basin? Is there enough? or too much? That’s what the Water Mngmt Advisory Committee of the @DRBC1961 is alllll about. Meeting NOW! Hurry and you’ll make it. @USACEPhilly @DelRivCoalition @ https://t.co/BlZwGFdJfp
View on Twitter 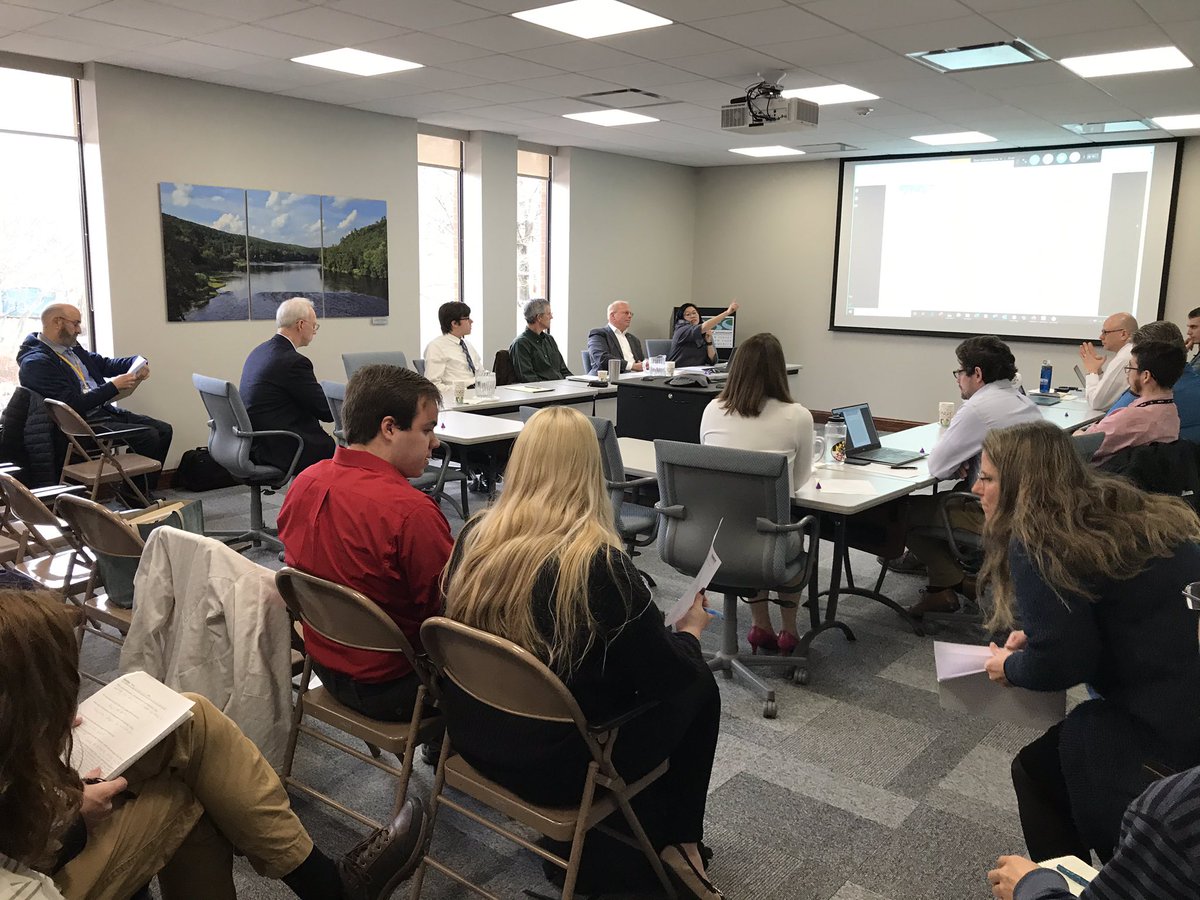 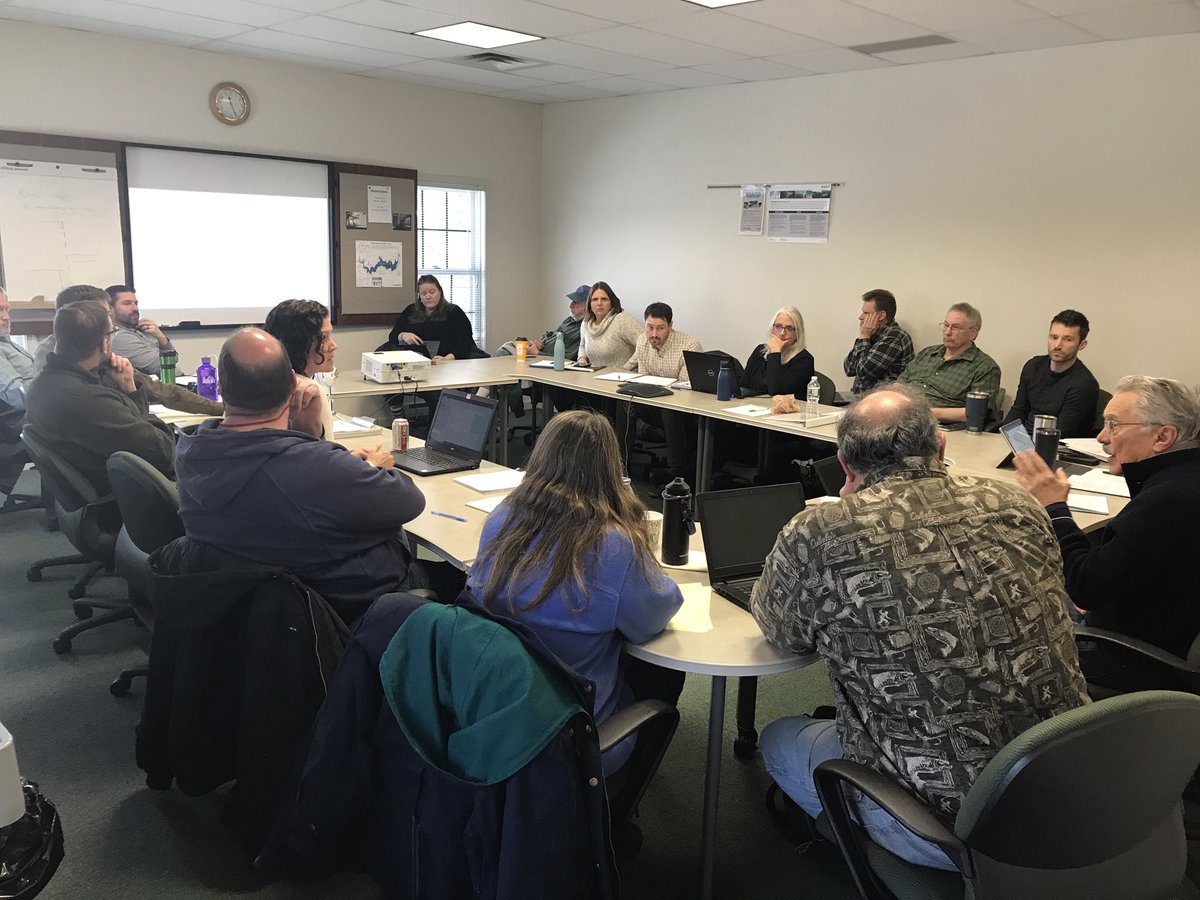 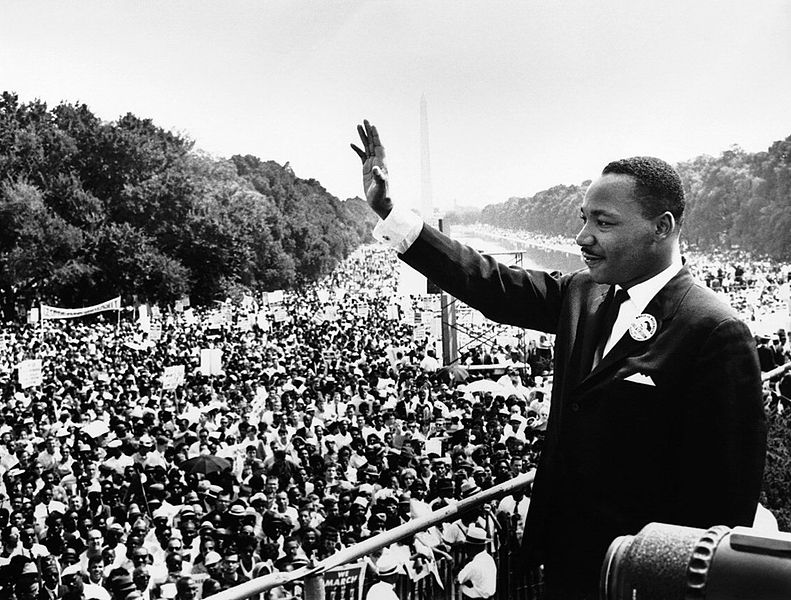