That's how much the states and the federal government are missing their obligation to the Delaware River Basin Commission. Well, not all the states. Delaware has owned up to its responsibility in full since 2012, paying its agreed-upon $447,000.

Avid readers of Delaware Currents know that the commission was formed by compact in 1961 through legislation signed into law by President John F. Kennedy and the governors of the four Delaware River states: New Jersey, New York, Delaware and Pennsylvania. The role of the president is the role of the federal government, now being fulfilled by the U.S. Army Corps of Engineers.

The governors, though rarely/never at DRBC meetings, are themselves the commissioners with the U.S. Army Corps of Engineers.

The role of the DRBC then as now is to oversee the river's water quality and quantity as agreed to by the five commissioners.

It's still a mystery why there's this shortfall, this year and every year. It's not as if the states have suddenly discovered a way to work together on the significant problems produced by sharing this important water resource.

Rather than haul each other into court (since they are states, it would be the U.S. Supreme Court) the DRBC provides a vehicle for science-based compromise.

This process is often frustratingly slow for river advocates -- the DRBC has been mulling its fracking decision since 2010 -- but it has at least so far retired the need for states to take each other to court.

Looking at these budget amounts you have to sort of squint while you juggle not just amounts but the calendar years (not all the entities have the same budget years) and also at what time various states propose their budgets and then hammer out a final budget.

The federal government, for example, starts its budget year on October 1, so the $715,00 figure stays on the DRBC's books until the DRBC knows for certain that the money will not be forthcoming when the federal budget is approved.

That's even though that money has been paid only once since 1998!

That record makes the federal government the worst of the deadbeat dads of the DRBC, which has calculated that "the cumulative federal shortfall from October 1996 through the end of DRBC FY 2019 (June 30, 2019) totals $14,999,250." Budget nerds might like this further explanation.

And let's not forget that Pennsylvania is paying only a quarter of what it agreed to pay. It did the same amount last year, and the year before. But now the Democratic governor, Tom Wolf, asked for full allocation. It's the legislature that's refused. Certainly it could simply be that the state's largely GOP legislature would oppose the governor. More likely, some members of the state legislature have been public in their support of allowing fracking in the watershed and critical of the possible DRBC ban on fracking in the watershed.

If the feds coughed up and Pennsylvania paid in full, that would add a pretty significant $1.3 million to the DRBC's resources, in one year,

That would pay for a lot of science, and scientists. More than half (20) of the DRBC's staff of 32 are what are called technical: engineers, Ph.D.s, scientists, geologists, etc.

As Elba Deck, director of finance and administration at the DRBC, explained, the financial contributions of the signatory parties pays for the overall operating costs of the commission. Its total budget of nearly $7 million eclipses even the parties' fully paid contributions. About $5 million comes into the DRBC coffers from a variety of charges and special projects but all of those monies are earmarked and can only be used for the project stipulated.

Here's an irony: that money can come from the states, (yes, those states!), the federal government (yes, the deadbeat dad,) as well as other agencies interested in the river.

Paying for more scientists, unless they are connected to a project, is out with the current tight budget. And as you might imagine it'd be pretty tough to hire someone for a two-year project and then have to let them go at the end of that two years.

How about upgrading the computer system in the DRBC offices (lots of computer work in the DRBC's scientific analysis)? Or its fleet of cars (there's lots of traveling involved in looking after this 330-mile river.)

Nope. That has to be funded with the money from the underfunded general fund.

And since the DRBC wants to keep a claim on the money that should be coming from the commission members, its budget process starts out with full funding. Over time that gets whittled down as each year's reality becomes clear.

To re-make the aspirational budget into the actual budget requires Deck and Steve Tambini, the DRBC's executive director, to go into the books and submit a memorandum to the commission -- called a management scenario. Even that has to wait for the feds to finalize their budget.

Said Deck: "We do what we can with what we've got." 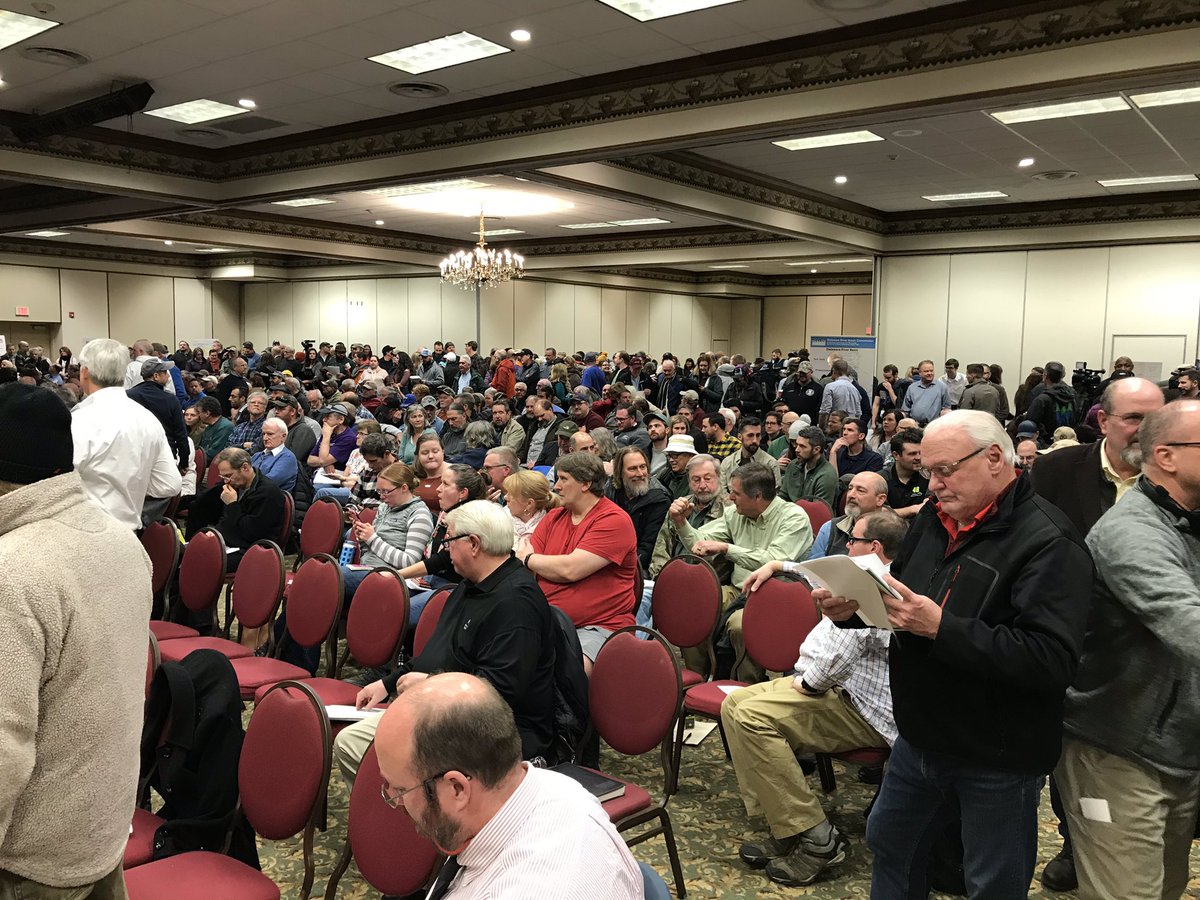 Public meeting on #F.E.WalterDam and a USACE re-evaluation of its operations is drawing quite a crowd - hurry up if you’re coming. https://t.co/hIdoIkHpyW
View on Twitter 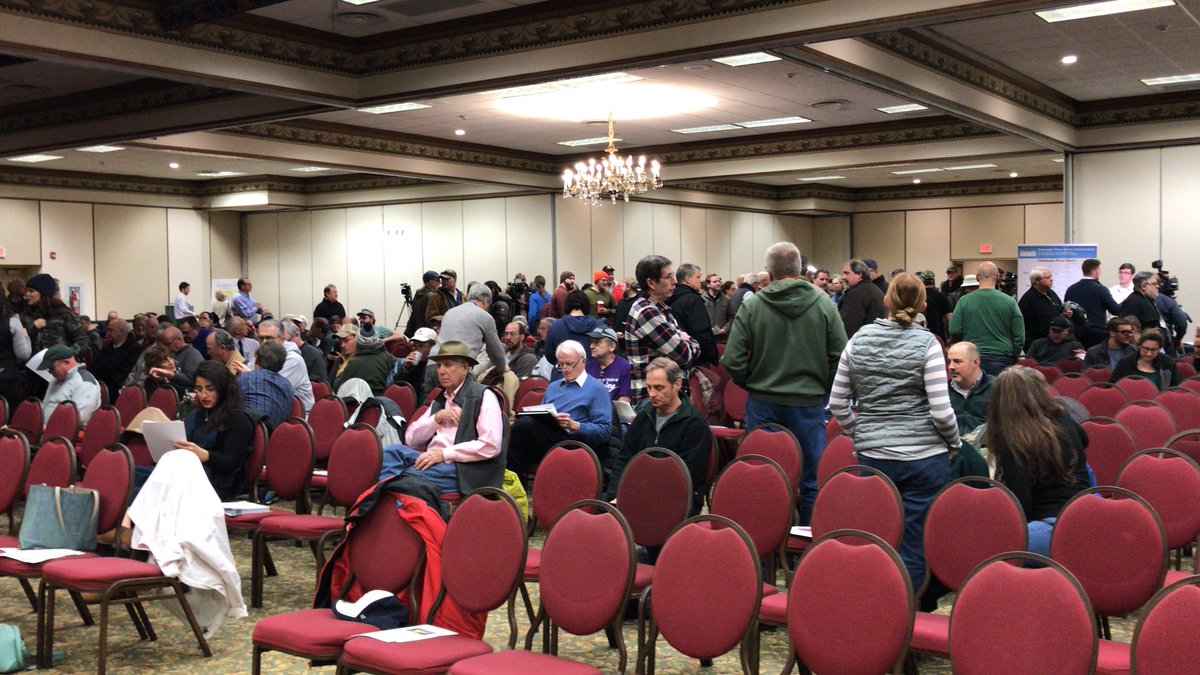 Rumors are flying about the U.S.A.C.E study on this dam and reservoir on the Lehigh River in Pennsylvania. We hear from three main sources about what the study is ACTUALLY for! https://t.co/A44eyz3Vf4 @DelRivCoalition @DRBC1961 @DelawareEstuary @USACEPhilly @firstgreatwater https://t.co/fkrq1uVsdN
View on Twitter 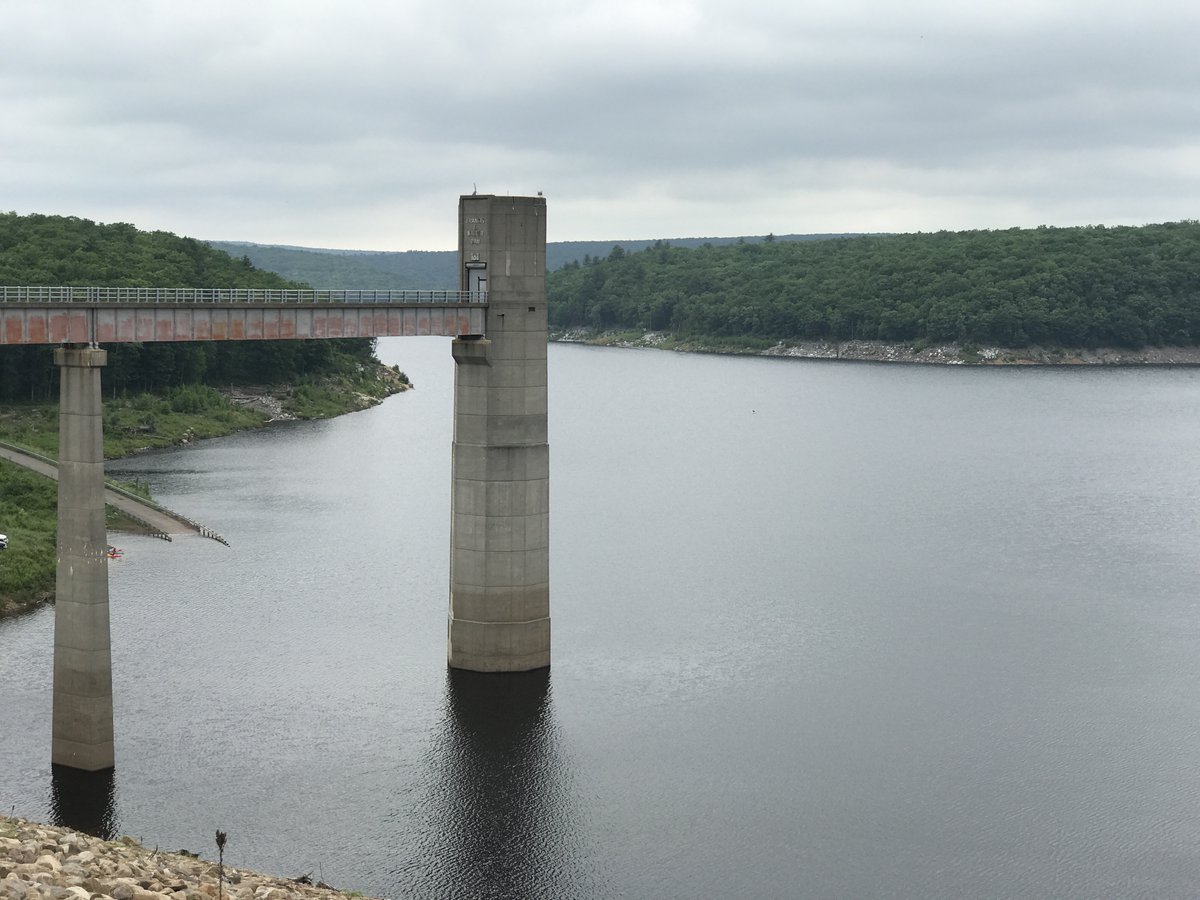 Delaware Currents
Rumors are flying about the U.S.A.C.E study on this dam and reservoir on the Lehigh River in Pennsylvania. We hear from three main sources about what the study is ACTUALLY for, and it's not scary.

Meeting Thursday on F.E. Walter Dam - Delaware Currents
The U.S. Army Corps of Engineers are reviewing the operations of the F.E. Walter Dam in a three-year study and are holding a public meeting about it
delawarecurrents.org
7 1    View on Facebook

Delaware Currents
We all get by with a little help from our friends!! Serge is an endangered Atlantic sturgeon, and I've been doing stories about him and his "kids."
I write about the problems and promise of the Delaware River on this website.
This time of year, I am lucky to be part of the Institute for Nonprofit News NewsMatch fund drive. Everything I raise in November and December gets doubled.
If you'd like to help, there's only two more days!!

Delaware Currents
Hey look at a Serge, attending a meeting of the DRBC's Water Quality committee. Isn't he cute? This is the last of three stories I've written to understand how a problem with dissolved oxygen could hurt an endangered species: the Atlantic sturgeon.

Complex computer modeling assesses Delaware River health - Delaware Currents
The Delaware River is much cleaner that it's been in a long, long time. So the Atlantic sturgeon has returned, but somtimes there's not enough xoygen.
delawarecurrents.org
6    View on Facebook